Philosophical Transactions of the Royal Society A Theme Issue on Reproducibility

Philosophical Transactions of the Royal Society A Theme Issue on Reproducibility 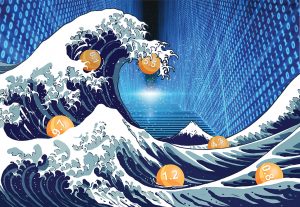 This adaptation of Hokusai’s ‘The Great Wave off Kanagawa’ symbolises the challenges confronted by computational scientists in seeking to describe with high fidelity the complex behaviour of nonlinear dynamical systems using floating point numbers. Such systems often manifest instabilities which are extremely sensitive to initial conditions, exemplified here by the turbulence of the sea near Mount Fuji. Such phenomena are widespread in molecular dynamics, weather forecasting, climate science, epidemiology and far from equilibrium processes in living systems. This theme issue is dedicated to quantifying the uncertainty in such models, one aim of which is to make actionable predictions which can be used to take decisions ahead of the occurrence of real world events.

We are delighted to announce the publication of a Theme Issue in the journal Philosophical Transactions of the Royal Society A. The issue is titled “Reliability and Reproducibility in Computational Science: Implementing Verification, Validation and Uncertainty Quantification in Silico” and a significant proportion of the papers contained therein stems from research led by UCL’s Centre for Computational Science through VECMA. The theme issue also stems from an event hosted by The Alan Turing Institute in London in early 2020 under the same title, where several of the issue’s contributors met to prepare for its production.

The theme issue addresses the question whether the computational methods and models used today are sufficiently reliable to generate actionable results. The question is analyzed based on three notions of reliability. Verification (V): that the model correctly implements the intended theory. Validation (V): agreement between model and experiment. Uncertainty quantification (UQ): identification of the provenance and magnitude of errors within the model, in other words how accurately the model captures reality. VVUQ lies at the heart of VECMA’s mission statement, “to enable trust in computer simulations as tools in the decision-making process for scientists as well as for policy makers in an era where science is afflicted by the ‘reproducibility crisis’ ”.

Reproducibility, indeed, extends far beyond computational aspects of science. Experimental facts, observations and theories should not depend on who reports them but should be obtainable by anyone performing similar procedures. Indeed, the objectivity of science is its crowning and distinguishing feature. That, at least, is the aspiration. In practice, things are often less clear cut and, in a time where scientific data production is larger than ever, an increasing number of cases lacking reproducibility are reported. The authors hope to offer a contribution towards reproducible science by analyzing the problem and offering solutions within the computational domain.

Funding is gratefully acknowledged from the European Commission for VECMA and from the Alan Turing Institute towards the event in 2020.